Dead ones do not go to the hole, but share with their beloved ones food in its whole 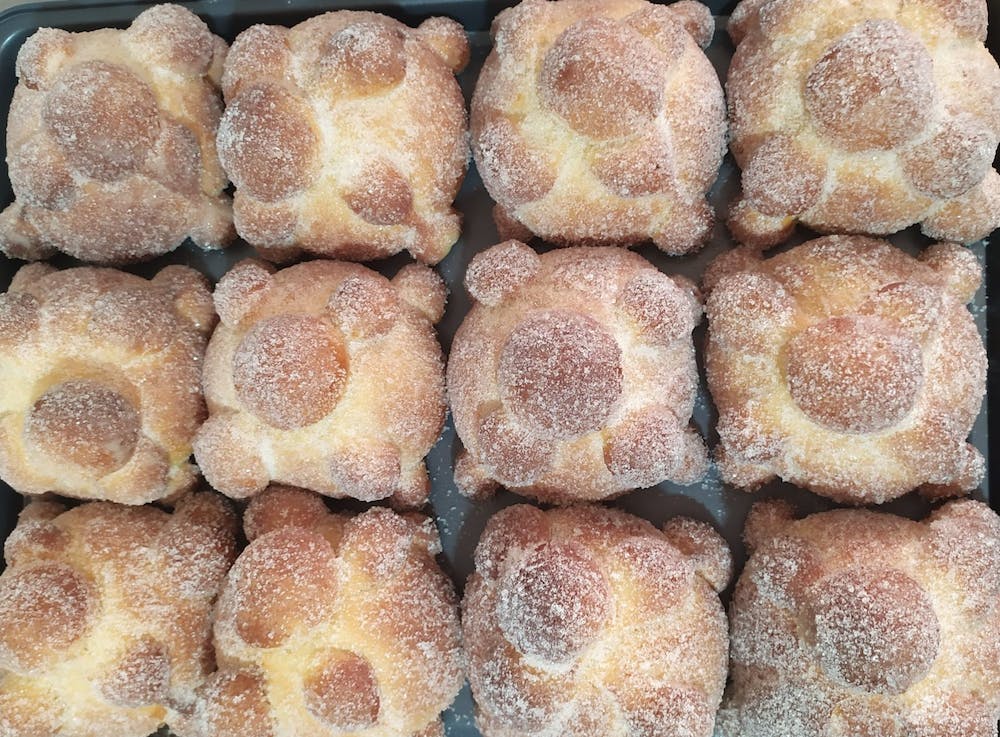 If Mexican food isn’t the best, why do Mexicans return after death to enjoy it again on November 1st and 2nd? During these days, citizens of Mictlán (the underworld) come out from their tombs and, guided by the candles lightened in the altars, start their journey back to life through an orange path decorated with petals from cempasúchil flowers. The copal incense helps the souls return to their homes safely, where they are next purified with salt, and welcomed with a colorful and flavorful party. Next, they hydrate themselves with a glass of water and enjoy mole, red rice, bread, liqueur, and some of their favorite dishes. It is at this point, and with the satisfaction of having enjoyed life again, when they return to the world of the dead with joy and vitality.

In addition to all of the dishes already mentioned, the flowers, the image of the deceased, the sugar skulls, and the perforated paper, in Mexico’s Día de Muertos (Day of the Dead) one can never forget the pan de muerto (bread of the dead/dead bread). Why? the answer is right there: this bread is a physical representation of those who are not with us anymore, and allows us to remember them inside and outside the altar. 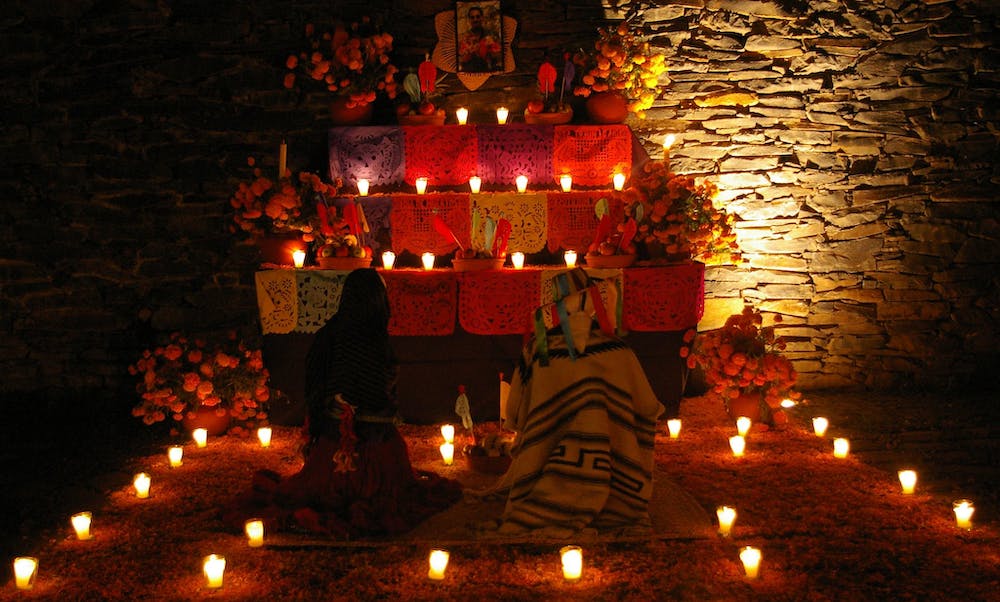 Many people affirm that this underworld delicacy originated during the Spanish conquest, when Spaniards “convinced” Mexicas to use a heart shaped bread covered in red sugar instead of human hearts as offerings to their gods. However, even if the story sounds exciting, it is just a myth, because the bread we know today as dead bread did not exist until the nineteenth century.

Wheat arrived in America along with the Spanish. It is said that a slave found three wheat grains inside a sack full of rice, and planted them. Gradually, and with the arrival of religious people to the new world, wheat started gaining importance in the shape of bread and began to fight against corn-bread, a prehispanic nourishment from which the pan de muerto could have derived.

Dead bread is a 100% Mexican bread, because it is not made elsewhere and its shape, flavor, and regional variations are completely original. Usually, this fermented fare is eaten to put our loved ones inside of us, in a symbolic way, obviously. It normally has a circular-shaped form that represents the life and death cycles; it has four “bones” that act as the dead person’s body or the four cardinal points consecrated to Gods, and it also has a small ball that stands for a skull. The orange blossom essence or orange zest are common ingredients for this kind of bread. Anise can also be used as an essence to attract the dead ones to the altars.

The shape of dead bread, its methods, preparation techniques, and flavors are different inside every Mexican region. Some people prepare it with sesame seeds on top, others cover it with butter and sprinkled sugar; many others bake it in the shape of crosses, rings, butterflies, rabbits, or crocodiles, and decorate it with colored sugar or flower tops. It all depends on the region and the baker’s traditions.

“Eating dead ones is for Mexican people a real pleasure; a bread and sugar anthropophagy. The phenomena is assimilated with irony and respect; death is challenged and they tease it by eating it”. – José Luis Curiel in “Azucarados afanes, dulces y panes”

This Day of the Dead we encourage you to taste the seasonal pan de muerto and to discover its authentic and traditional flavor. If you place one on your altar, remember not to eat it the next day, because your deceased will have already taken away its flavor and essence during the night, which is why it will probably be tasteless.

Don’t forget to follow us on our social media, Sabores México Food Tours, to stay tuned on new activities and learn more about Mexican gastronomy through this blog.

Last but not least, we share a video with the recipe and preparation steps for the pan de muerto. It is guided by Yuri de Gortari, a Mexican cook specialized in traditional Mexican gastronomy. Follow his tips and prepare a delicious pan de muerto with your loved ones during this special celebration!