What Are Some Regional Foods in Mexico? 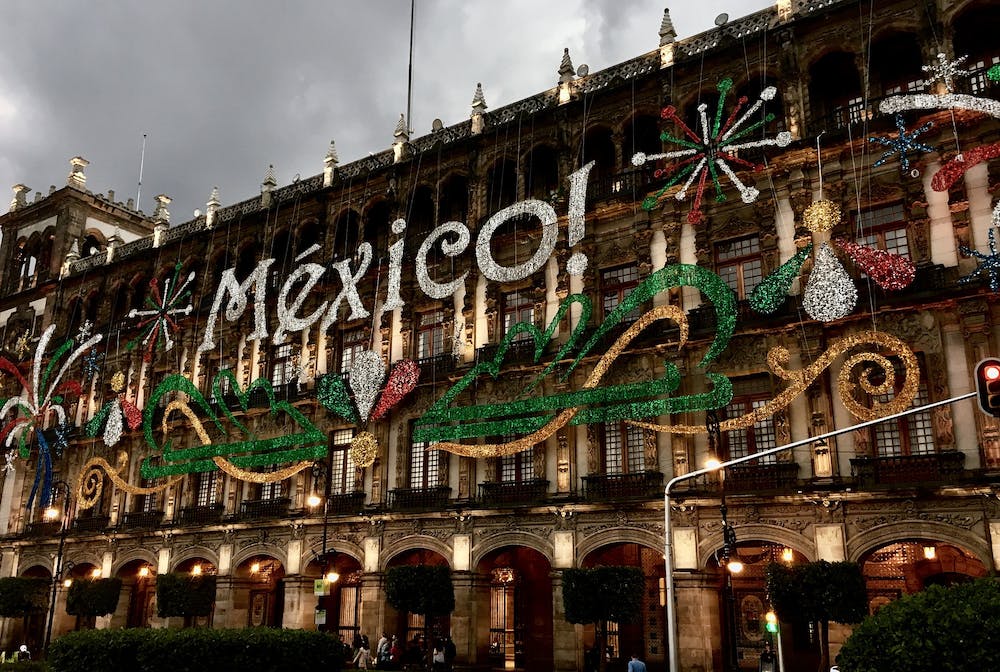 Although Mexican food is popular across the globe, visitors to the country are often amazed by the diversity of food on offer. Mexico is home to seven distinctive cuisines found in the regions of Chiapas, Mexico City, Northern Mexico, Oaxaca, Veracruz, Western Mexico, and Yucatán. The different cooking styles one can discover across the country are linked to both the local ingredients of that geographical region, and to the multitude of cultural traditions that exist in Mexico. In Mexican cuisine, we have a coming together of the ancient and the new, indigenous techniques and flavors that have blended over centuries with the cooking styles of immigrant populations to create something entirely its own and always refreshingly creative. This vibrancy in Mexican cuisine led UNESCO to add Mexico’s food culture to their Lists of Intangible Cultural Heritage (the first national cuisine to be granted this status). While no list can capture the thousands of significant regional foods in Mexico, join us as we chart Mexico’s unique food regions and list some notable dishes from each. 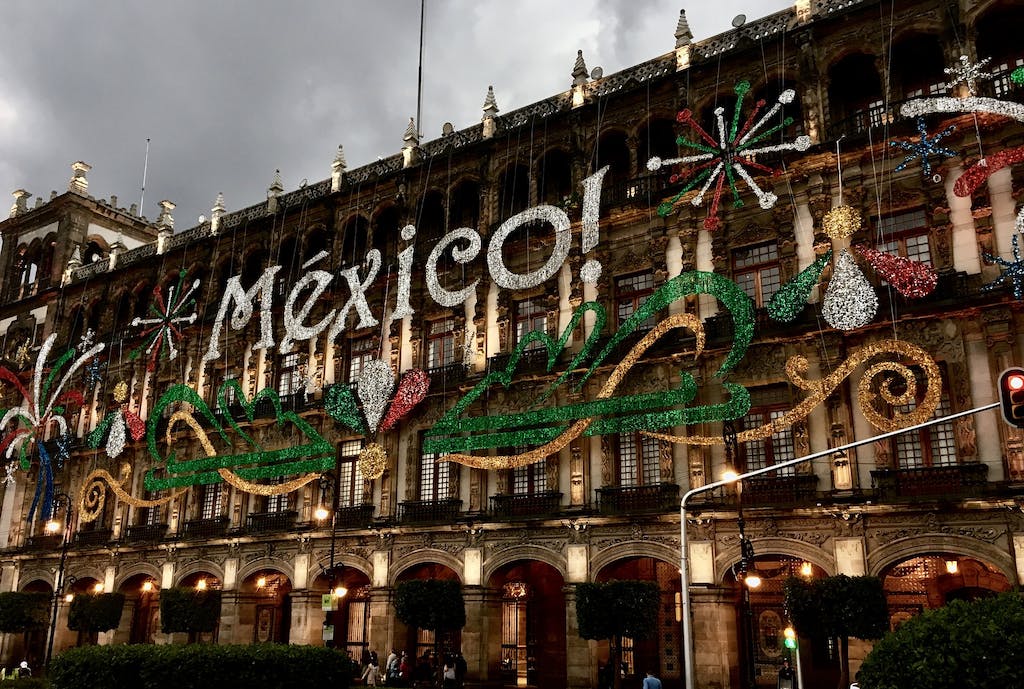 Mexico City is itself a melting pot of cultures and traditions, acting as a window onto the medley of flavor sensations found across the country. Mexico City is a magnet pulling a festival of tastes into one place; a city with markets, street food stalls, and restaurants at the heart of its identity. When in Mexico City, indulge in authentic examples of famous street food classics such as tacos, tortas, gorditas, and sweet camotes. Dishes considered specialities of Mexico City include the carb-heavy but totally delicious torta de tamal, a tamale served inside a bread roll, and pazambos, a variation of the torta in which the bread is pre-soaked in a guajillo chilli sauce.

Located between Mexico City and Veracruz is the city of Puebla, one of Mexico’s foodie hotspots. In Puebla, guests should seek mole poblano, the classic version of Mexico’s national dish. Mole poblano is a rich, deep-colored sauce usually served over meat. This flavoursome dish contains an average of around 20 different ingredients, including fruit, nuts, chilli peppers, and spices.

If you’re curious to learn more about the food culture of Mexico City, why not browse our Mexico City Tours for Foodies. 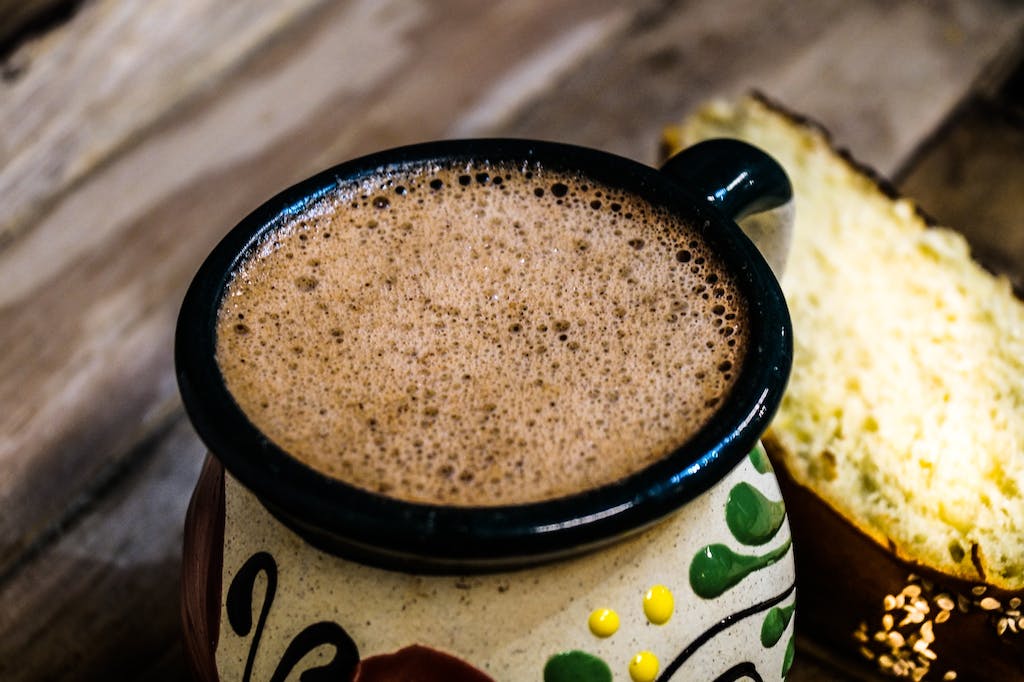 Often voted as Mexico’s greatest food region, Oaxaca’s food culture is shaped by thousands of years of tradition. The climate in Oaxaca gives the state magnificent biodiversity, making it a supreme producer of fresh ingredients. While perhaps unusual to outsiders, chapulines (grasshoppers) are a popular choice in the region. This sustainable source of protein has been a staple of the Oaxacan diet for centuries and is delicious in tacos or picked up as a crunchy snack from local food stalls. The region is also famous for its variety of chilis, some of which are found nowhere else — try a recipe with chilhuacle chilis to enjoy their sharp and mildly hot flavor. For anyone wishing to explore Mexico’s traditional mole sauces, Oaxaca is home to over 200 recognized varieties, which includes the ‘seven moles’ the state is famous for: amarillo, chichilo, coloradito, negro, manchamanteles, rojo, and verde. And those with a love of chocolate mustn’t miss the Oaxacan drinking chocolate. If your curiosity is piqued, we try both black mole and grasshoppers on our Mexico City Historic Center Walking Tour for Foodies. 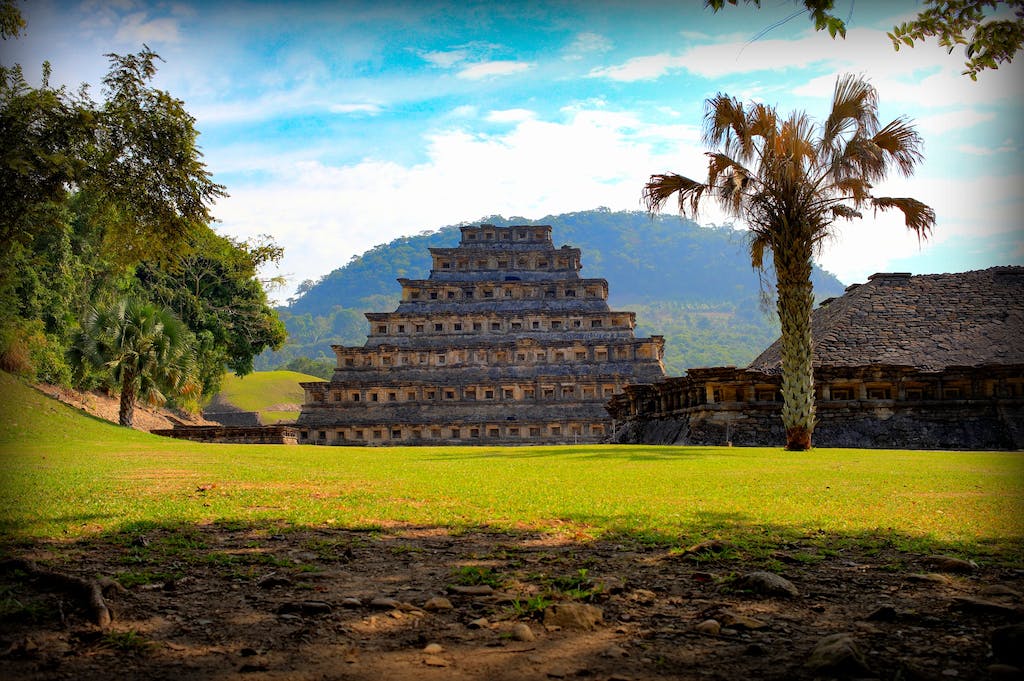 With a significant share of the Gulf of Mexico coast lining its eastern flank, Veracruz is a region renowned for its seafood. Its most famous plate is arroz a la tumbada, a dish of white rice and seafood traditionally cooked in a clay pot. A variety of fresh seafood can be tossed into the recipe, though popular choices include clams, shrimp, calamari, crab, and whitefish. Other popular fish dishes include caldo de mariscos, a traditional seafood soup (said to be the perfect fix for a hangover!) and huachinango a la Veracruzana, a baked red snapper fish prepared in a rich tomato sauce and served whole. In Veracruz, you’ll find a blend of indigenous, Spanish, and Afro-Cuban elements in the cooking. 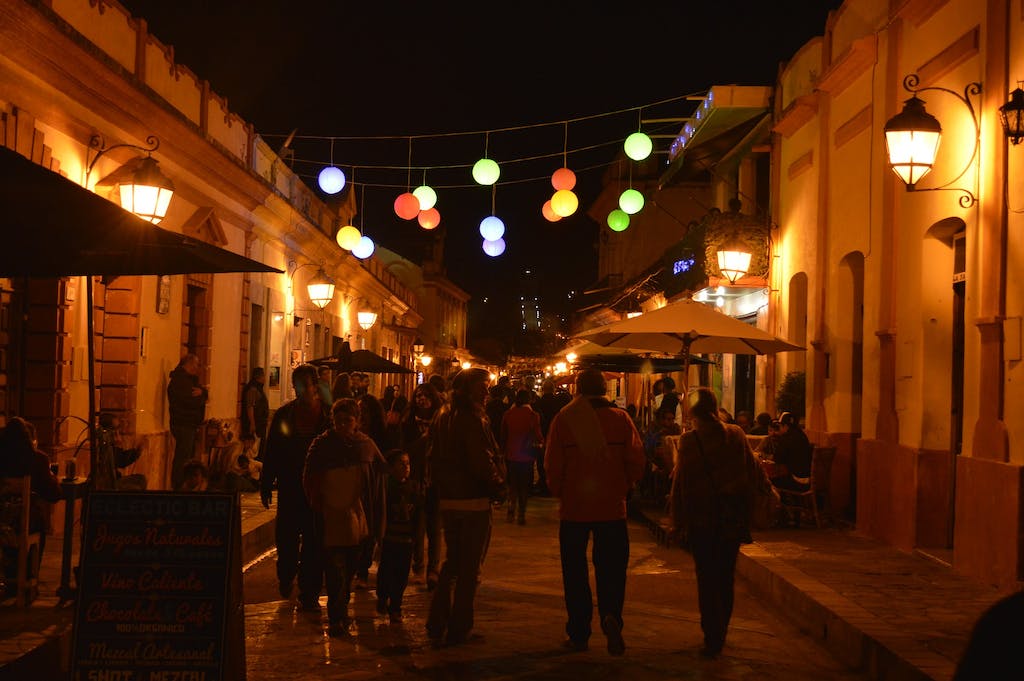 The cuisine of Chiapas is commonly said to have stayed closer to its indigenous roots than elsewhere. The widespread use of leafy green chipilín leaves in much Chiapas cooking illustrates this seam of tradition running through the region’s cooking, with the plant rarely being used at all in much of the rest of the country. Pozol is Chiapas’ most famous beverage, a drink made from cocoa and fermented corn dough that traces its roots to Pre-Columbian Mexico. Loaded with vitamins, amino acids, and fiber, this sustaining drink is often consumed around midday. Another Chiapas speciality is tamales juacanes, a tamale filled with dried shrimp, black beans, and pumpkin seeds, then wrapped in the regionally popular hoja santa leaf that gives the dish its name. 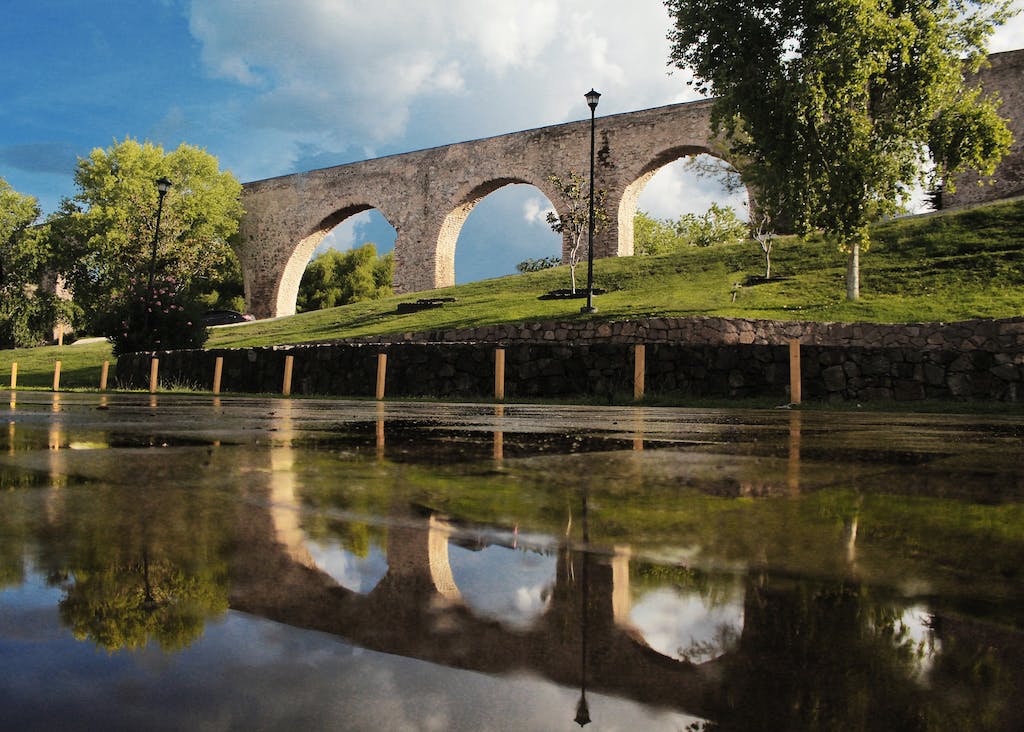 The culinary region of Northern Mexico encompasses a large sweep of the country from the Baja California Peninsula to the Gulf of Mexico. The cuisine of Baja California is today defined by wine and seafood. Winemaking in Baja California goes back to the 17th century, however, it is over the last 100 years that the wine industry here has really begun to make waves in the global market. Wine enthusiasts can explore the many delightful wineries that open their doors for tastings (we also sample some flavorful Baja California wine as part of our food pairings on our Colonia Roma Food Tour). The seafood in this region is also not to be missed, with tacos de pescado being a speciality — these corn flour tacos packed with grilled or fried, fresh fish are a delight.

Elsewhere in Northern Mexico, a cuisine based in ranch culture is to be found. Fans of meat-heavy dishes and barbecue will enjoy the classic local dish of cabrito, roast goat either prepared over a spit (cabrio al pastor) or oven-roasted (cabrito al horno). Queso fresco (creamy white cheeses) are produced locally and lovers of burritos will be in paradise in Northern Mexico, as this is where the world-famous dish has its origins. 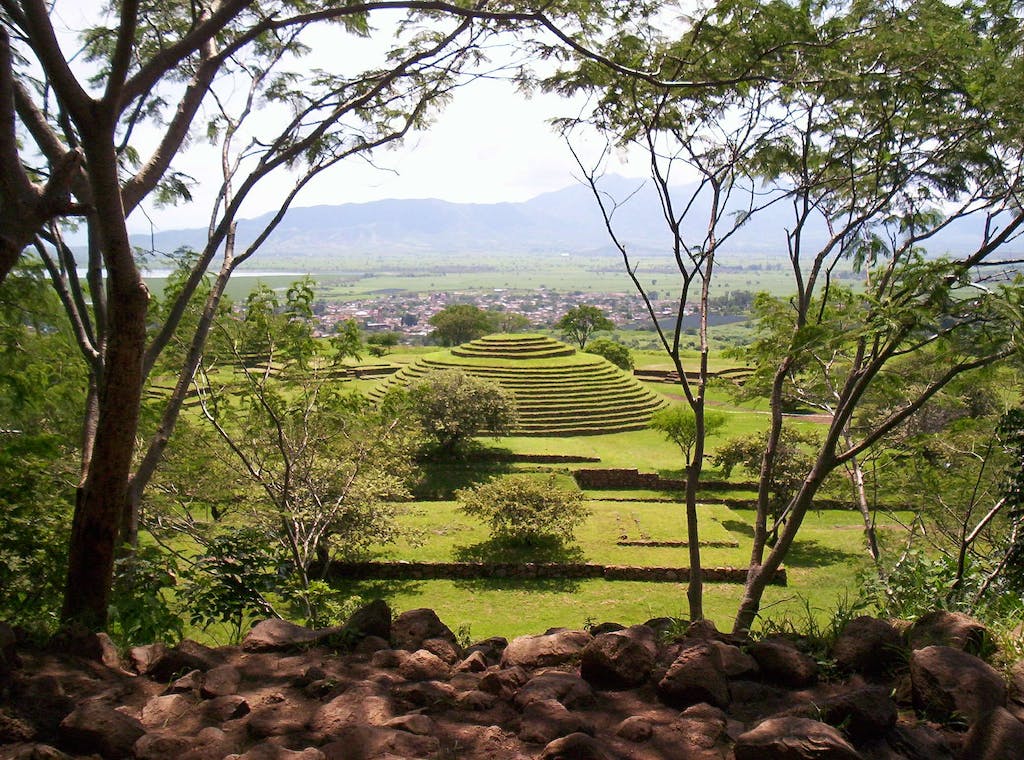 Encompassing the states of Michoacán, Jalisco and Colima, Western Mexico offers a tantalizing array of choice. On the Pacific coast, you’ll find a cuisine that offers world-class seafood, such as marlin, octopus, swordfish, and tuna. Elsewhere, the influence of indigenous culture is observed in the variety of corn-based foods available. Try atole, a traditional hot corn and masa drink, to experience flavors deeply rooted in the local Purepecha culture. The Western city of Guadalajara is often associated with the torta ahogada, a decadent sandwich made with the local birote bread, stuffed with chopped pork, and covered in a spicy, thick tomato sauce. It is said that no one should ever visit Guadalajara without indulging in this glorious sandwich. 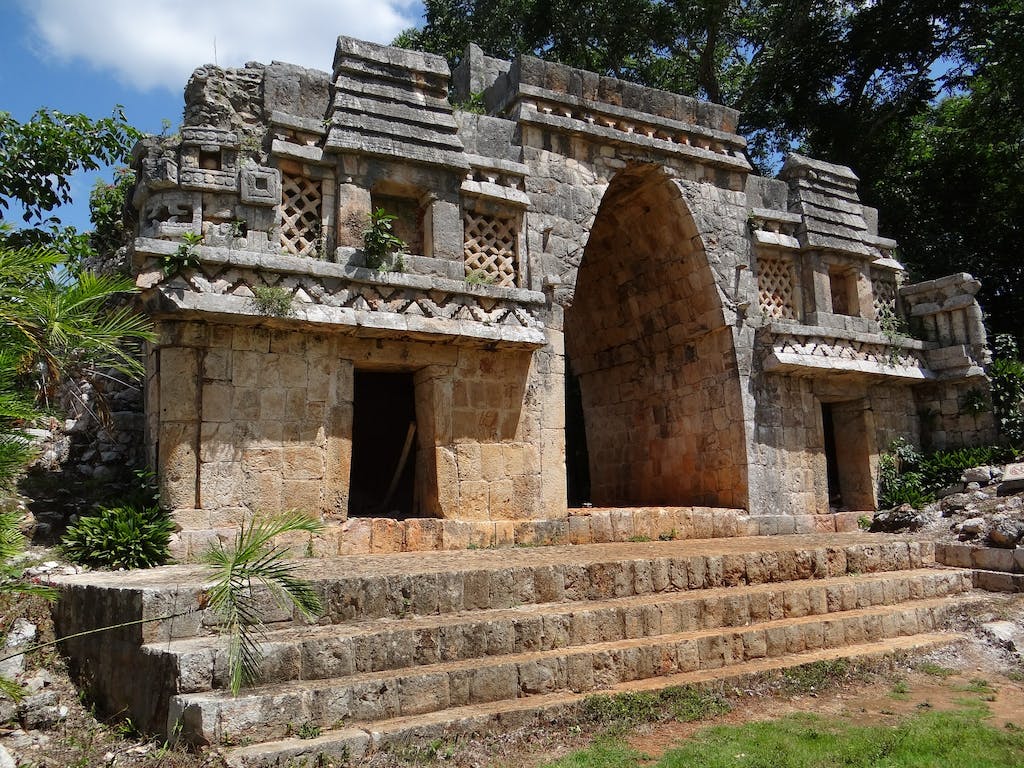 The most well-known dish from the beautiful, historic Yucatán Peninsula is cochinita pibil: slow-roasted pork which is marinated in seeds, spices, and lots of citrus juice which adds flavor and helps to tenderize the meat. Huevos Motuleños is another Yucatán specialty. Typically served at breakfast, this dish consists of fried eggs served on corn tortillas and topped with a delicious cooked salsa. Queso relleno, meanwhile, showcases Yucatán’s enigmatic Dutch influences. This calorie-rich dish is made by stuffing a hollowed-out sphere of Edam cheese with seasoned, ground meat and then topping it with two thick sauces — indulgent, and marvellously tasty.

This brings to an end our stroll through Mexico’s food regions and a selection of their notable dishes. We hope we’ve given you an appetite to start planning your next trip. If you have any questions concerning this blog or our tours, please contact us.