What Are You Cooking For March 31st, Taco Day? 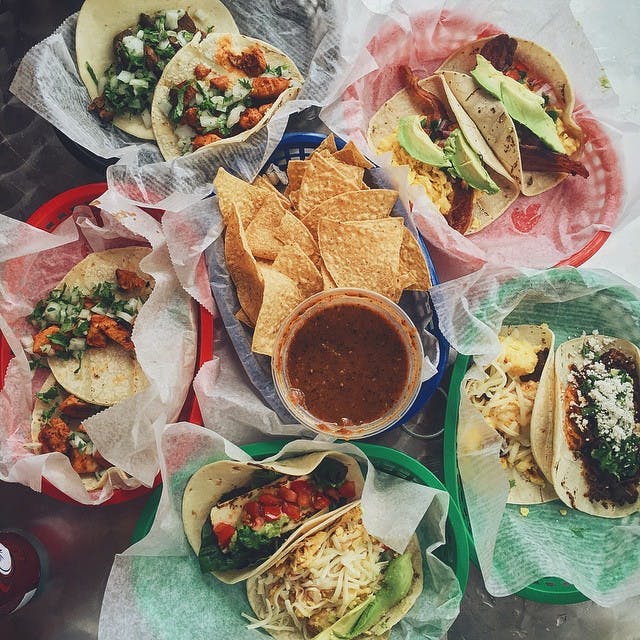 Mexico wouldn’t be the same without tacos, and these wouldn’t even exist if it wasn’t for our creativity. Tacos possess an incomparable flavor that you can crave just by imagining them in front of you. They have a mouth-watering aroma that will conquer your senses even if perceived from across the street and they are one of the only dishes that can be best enjoyed when you’re standing up. In addition, there are so many variants for tacos that we could eat a different one each day without getting fed up and instead, finding ourselves flabbergasted by the infinite amount of flavor and texture combinations that fit perfectly well on top of a tortilla.

Do you celebrate Taco Tuesday? Well, today, March 31st is Mexico’s Taco Day (Día del taco), a celebration created in 2007 by a TV broadcast channel. It’s a recognition of the effort and heritage that this classic Mexican dish represents. According to Alberto Peralta de Legarreta, Mexican gastronomy researcher and writer, a taco is a “packing made out of maize or wheat tortillas that is stuffed with meat, vegetables or a stew, seasoned with hot sauce, lime drops and a so-called garden, a mixture of chopped onion and cilantro.” Tacos are one of Mexico’s iconic cultural items and a popular dish whose origin is stated during the prehispanic era. However, tacos were incorporated as a commercial product in Mexico City until 1906 when the tacos de guisado or stew tacos from the small local “Tacos Beatriz” became popular. 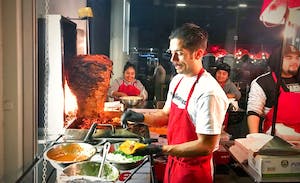 For many Mexicans, a tortilla is a blank canvas that can be decorated with multiple stews or meats. Every taquero (taco maker) has his/her own talents, whether in the way of heating the tortillas, preparing the stews in clay casseroles, cutting the trompo de pastor correctly, placing the tacos inside a basket or tossing and catching the pineapple with a tortilla directly from the trompo de pastor. However, the experience inside each taquería is special and determined by the relationship you have with the place, the reason you ended up there, the cravings you have in mind, and the amount of alcohol in your system.

Culinary Mexican tradition, the special seasoning of our people and our taqueros’ talents are some of the things that converge and are materialized in each taco. Admiring its process, craving its arrival and giving a hot taco the first bite are daily activities for us Mexicans, who regretfully take them for granted sometimes. However, it doesn’t matter if you eat a taco campechano outside school, a taco de canasta in front of your office building, some taquitos al pastor after partying hard, or some tacos dorados while sitting on a restaurant table, the experience is always unique.

You’re probably mouth-watering by now and have an impulse to eat one or many tacos right now. Don’t worry, because as we mentioned before, today is Taco Day and it’s socially acceptable to eat all the tacos you can. We recommend you taste more tacos than the classic tacos al pastor, tacos de carnitas or tacos de canasta, remember the variety of taco fillings in Mexico City is countless and tasting them is worth the try. In case you wanna savour the best versions, don’t miss our Tacos & Mezcal walking tour, where you’ll experiment with the flavor of the most delicious combinations of meat, vegetables and salsa on top of tortillas, and you’ll also learn much more about this iconic Mexican dish. Follow our social media and subscribe to our blog to stay tuned, you’ll find us as Sabores México Food Tours. 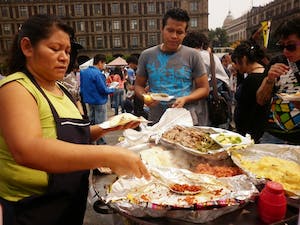