The Story Behind The Famous “Tortas” 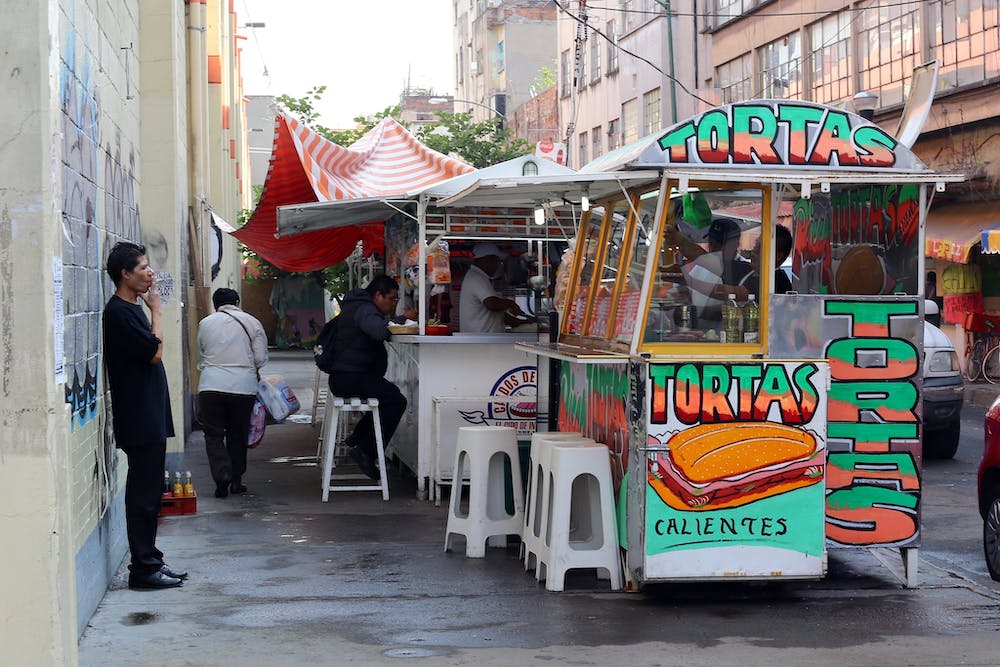 The guajolota or torta de tamal is a perfect example of Mexico City’s street food, because it is just one of the many ways of preparing this classic chilango (from Mexico City) food. Tortas are normally sold in small stands or locals called “torterías” that usually exhibit their extensive menu in colored signboards and written with tough markers. You’ve probably seen one of these locals on street corners or in front of parks, but do you really know where do tortas come from?

Mexico City’s chroniclers assure that this greatly flavored, portable and abundant sandwich was born during the last years of the nineteenth century in order to appease workmen and students’ stomachs. The size, thickness and temperature of a torta can vary, as well as its filling. Usually, they contain different ingredients and condiments, but they’re almost always prepared with a special white bread called telera and include spreaded mayonnaise, avocado and black beans, shredded lettuce, tomato slices, onions, chipotle or jalapeño chili, deli meats, and cheese. European kitchen tradition contributed with the shape and some of the ingredients for tortas, which is why they’re considered “a baroque creation where approximately twenty-five elements get involved, considering for example the knife edge and the ability of the operator to shred the lettuce, respecting of course, a rigorous order between each of them”. 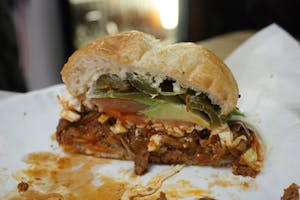 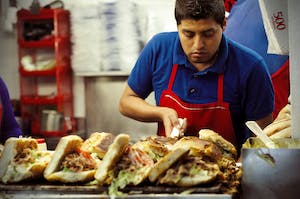 It is said that tortas were created by the end of the XIX century, specifically in 1892 by an eleven year old boy named Armando Martínez Centurión. He later opened the first tortería in Mexico, established in the Callejón del Espíritu Santo (today Calle Motolinía) number 35. The “Tortería Armando” offered chicken, ham, and milanesa tortas, all of them really popular between students and workers in the neighborhood. Nowadays, this tortería is located in the corner between Humboldt street and Donceles street in the Centro Histórico, and you’ll find a variety of tortas worth trying.

Tortas are just one of Mexico’s iconic dishes and it is not enough just knowing their story without having tasted at least one type. This is why we invite you to complement your gastronomical reads with the experience of our walking food tours, so you get to deeply know the flavors of Mexican cooking. Follow our social media, Sabores México Food Tours and stay tuned to avoid missing new articles, tips, and surprises.